New data on China’s detention of Uyghurs: ‘They could charge you for anything’

Around 1 million Uyghurs have been forcibly detained by the Chinese government in a widespread network of prisonlike facilities. Chinese authorities call the detention camps “vocational training centers” and say their detention efforts are aimed at combating terrorism and extremism, but the evident repression of Uyghurs has been condemned internationally.

A newly leaked database provides further evidence that China’s detention of the Muslim minority group is based on religion, family ties and retrospective punishment for arbitrary infractions, like having at some point worn a veil, grown a long beard, or being an “untrustworthy person born in a certain decade” — likely a way to target younger men.

“Over 137 pages, 667 data rows and the personal details of over 3,000 Uyghurs, this remarkable document presents the strongest evidence to date that Beijing is actively persecuting and punishing normal practices of traditional religious beliefs, in direct violation of its own constitution,” wrote Adrian Zenz, senior fellow in China studies at the Victims of Communism Memorial Foundation. “Based on the principles of presumed guilt (rather than innocence) and assigning guilt through association, the state has developed a highly fine-tuned yet also very labor-intensive governance system whereby entire family circles are held hostage to their behavioral performance — jointly and as individuals.”

Jewher Ilham is a Uyghur activist. She’s the daughter of Uyghur scholar Ilham Tohti. Father and daughter were separated in 2013 at a Beijing airport as they prepared to travel to Indiana where Tohti had a fellowship. Jewher was only 18 years old at the time. Her father was later sentenced to prison for life. Since then, Jewher has dedicated herself to raising awareness of her father’s plight and that of more than a million ethnic Uyghurs and other Turkic Muslims held in camps in the northwestern region of China’s Xinjiang province.

Ilham spoke with The World’s Marco Werman from the 2020 Geneva Summit for Human Rights and Democracy where she’s one of the featured speakers.

Marco Werman: What has it been like for you living with that uncertainty because you lost contact with him in 2017? The last time you saw him, right, was 2013. What is it like?

Jewher Ilham: Before coming to the US, I’d never been apart from my family. Then I came here. I was able to Skype with my dad for 11 months before he was officially detained. We used to talk three times a day. We Skyped three times a day, morning, noon and night before going to bed. But just to make sure one of us was not suddenly taken away or killed. I still miss being able to talk to my family. So, I’m used to it, but not used to it at the same time. It’s very complicated feelings.

Are you outside of China on your own? Do you have other family members with you who are no longer there?

I am the only person in my family that was able to come to the US. My stepmother and my two brothers are all in Beijing, and the rest of my family members are all in the Uyghur region. None of them have passports, so they have to remain in China. And I’m sure, even if they had passports, they wouldn’t be able to make it here.

They would not let them leave the country. Is that what you’re saying?

Yes, I don’t think so. And I’m sure if I ever fly back to Beijing, I will be arrested immediately at the airport.

Right. And the life inside the detention camps in western China has been talked about a lot. Can we talk for a moment, though, about life for China’s Uyghurs who live outside those camps? Because we’ve heard about China’s use of mass surveillance to monitor and control everyone. Police on the street have access to a massive database that they can access through their handheld devices. If you’re on the street in western China and the police suspect you of something, how much can they learn about you?

Everyone has to give their phones at the checkpoint. And there is one checkpoint every few blocks. Actually, my cousin, the daughter of my uncle, she was arrested a few years ago, arrested and sentenced to 10 years; she was asked to give her phone and they found my father’s photo and his article in her phone. And the police asked her, “Why do you have this terrorist information in your phone?” And she said, “He’s my uncle. Why can’t I have it?” And that was a reason that she was taken away and sentenced to 10 years.

We’ve also heard that some Uyghur homes in Xinjiang are required to have scannable codes at the entrance. Is that true?

And what data is embedded in those codes? It’s not some homes. Almost every every household has to do that. So, any policeman, if they want to come and gather your information, they just — it’s like going to a Zara store. They go in front of the door and scan the QR code from your door. And the police can even have access to your electronic usage, your identification number, your name, your age, whatever information they want access to. And people, when they want to go back home, they have to scan it. When they go out, they have to scan it. So, if there’s another person visiting, you have to report it to the community center in order to have guests coming. And if you have too many guests coming, that’s considered a suspicious act.

And too many guests would suggest what to authorities?

It could be a “terrorist” gathering. Maybe you’re gathered for discussing religious extremism. They could charge you for anything without evidence.

I mean, just as a reality check — do you wonder how many religious extremists there are among the Uyghur Muslims?

I don’t know. But what the Chinese government is claiming is — they’ve been claiming two different things. One is they are training people, teaching them skills to make them have a better life so they can have better incomes. They’ve learned how to fold sheets and put on pillowcases or wash clothes. But now, so far, there are more than 1 million people. Do they all need to learn how to fold pillowcases, how to fold bedsheets? And some people who have been detained are medical doctors and comedians, soccer players, singers and professors. All of them have decent jobs. Are those people all extremists? Do they need vocational training? So, I think what the Chinese government has been claiming are just excuses, just excuses to justify their activities. 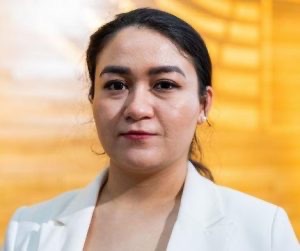 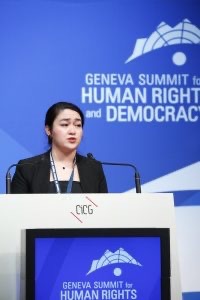 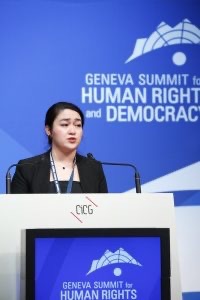 Coronavirus would be ‘disastrous’ for China’s Muslim concentration camp prisoners and the world might never find out, Uyghur activist warns David Brennan – February 18, 2020 Click here to see the original article Coronavirus poses a serious risk to millions of inmates in China’s Muslim prison camps, where overcrowding and