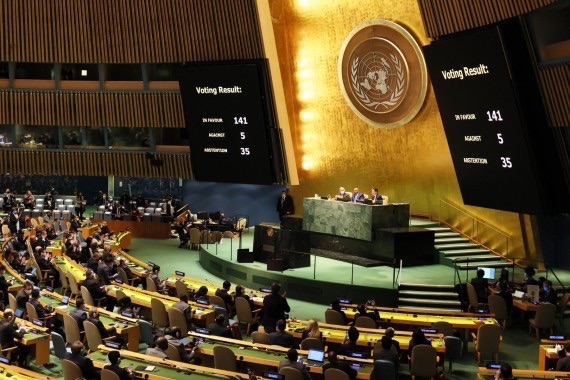 GENEVA, March 7, 2022 — On Wednesday the United Nations voted to “deplore” Russia’s invasion of Ukraine and demand the withdrawal of Russian forces. Now the four states that voted with Russia and against the historic resolution—Eritrea, Belarus, Syria and North Korea—are coming under fire and will be featured at the upcoming Geneva Summit for Human Rights and Democracy on April 6.

These speakers will be joined by 14 other champions of human rights from around the globe, who will tell compelling personal stories of arrest and imprisonment by the world’s worst regimes before an audience of diplomats, journalists and activists.

Sponsored by a coalition of over 25 NGOs including Liberal International and Human Rights Foundation, the annual Geneva Summit will take place at the CICG in Geneva, Switzerland, on April 6, 2022.

Click here to register for the event. Participation is free, but registration is mandatory.