James Kirchick is a visiting fellow at the Center on the United States and Europe and the Project on International Order and Strategy at the Brookings Institution. A widely published journalist, he is the author of The End of Europe: Dictators, Demagogues and the Coming Dark Age, a correspondent for The Daily Beast, a columnist for Tablet Magazine, and a frequent contributor to a wide array of publications including the Los Angeles Times, The Washington Post, Frankfurter Allgemeine Zeitung, Politico, Foreign Policy, The Weekly Standard and Commentary, among others.

Kirchick works on European politics, American politics, and U.S. grand strategy. He began his professional journalism career at The New Republic covering domestic politics, lobbying, intelligence, and American foreign policy. In 2010, he moved to Prague to become writer-at-large for Radio Free Europe/Radio Liberty, traveling widely to cover the politics and cultures of the 21 countries in RFE/RL’s broadcast region. Among the stories he reported on were the fraudulent 2010 presidential election in Belarus, ethnic cleansing in Kyrgyzstan, and the Libyan Civil War. Prior to Brookings, he spent four years as a fellow with the Foreign Policy Initiative in Washington.

A leading voice on American gay politics and international gay rights, he is a recipient of the National Lesbian and Gay Journalists Association Journalist of the Year Award and is currently at work on a history of gay Washington, D.C. for Henry Holt. He has been a Robert Bosch Foundation Fellow in Berlin, a Hoover Institution Media Fellow and a Phillips Foundation Journalism Fellow, and is a professional member of the PEN American Center.

Kirchick has spoken at venues around the world including the Oslo Freedom Forum, the Stockholm Free World Forum, the Konrad Adenauer Stiftung, the Royal United Services Institute, the Henry Jackson Society, the Institute for Human Sciences, Yale, Columbia and Princeton Universities, in addition to numerous other venues. He is a frequent commentator on television and radio.

Born and raised in Boston, Massachusetts, Kirchick is a graduate of the Roxbury Latin School and holds degrees in both history and political science from Yale. 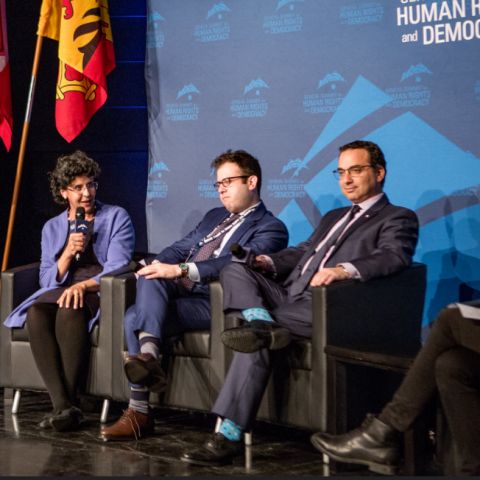 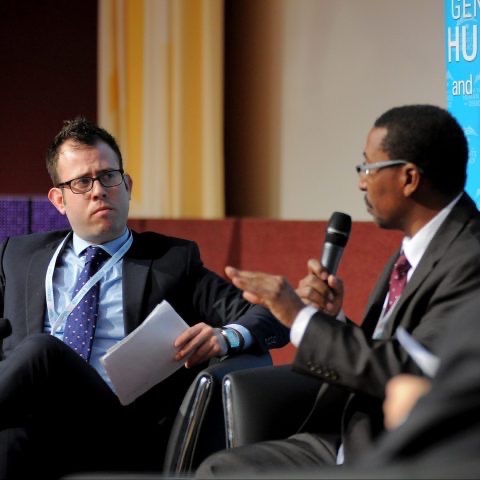 Crimes Against Humanity: Slavery, Genocide and Concentration Camps – In Our Own Time? with Mukesh Kapila, James Kirchick