Burma: Is What you See, What you Get? with Zoya Phan 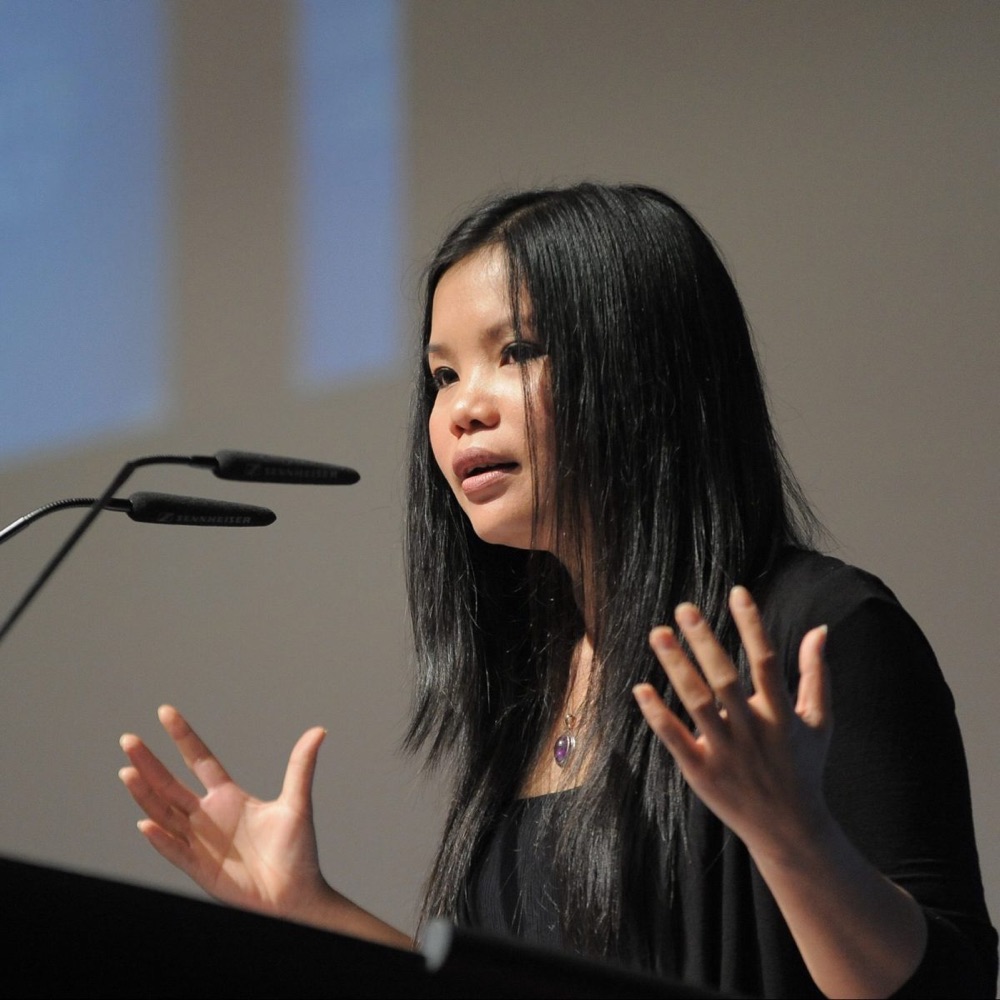 Zoya Phan, one of the leading activists in Europe for democracy in Myanmar, addresses the 4th Annual Geneva Summit for Human Rights and Democracy – see below for full prepared remarks.

Catherine Fiankan-Bokonga: We are going to start with Ms. Zoya Phan from Burma, who was forced to leave her home country at the age of 14  because her ethnic group, Karen,  was persecuted. She left her country for a refugee camp in Thailand. She spent a number of years in Thailand, and later on, at the age of 28, she left for the UK. There, she realized what the political situation was like in her home country and decided to become an advocate fighting for her country’s struggle for democracy. So today she is going to talk to us about her experiences and about how matters change in Burma. So I give her the floor before I go onto Mr.  Tran Duc from Vietnam and Jestina Mukoko from Zimbabwe. I now give the floor to Ms. Zoya Phan from Burma.

Zoya Phan: Thank you very much. Ladies and Gentlemen, it is an honour for me to be speaking here today. First of all, I’d like to thank UN Watch for this great opportunity for me to speak here at the Geneva Summit for Human Rights and Democracy. I can’t tell you how much it means to me to be here and to speak about the situations in my home land.

Some of you here may know about Burma, and I would like to explain briefly. There are two Burmas. One is where democracy activists, who are in jail, and leader of the democracy movement, Aung San Suu Kyi, [who is also] a Nobel Peace Laureate. And in 2007, when you saw monks protesting and demanding for change – and many of them have been imprisoned and tortured and killed; many of them are now exiled. And there is another part of  Burma; that is the Burma where I come from. I am from ethnic Keran, where for many decades, my people have been under attack by the central government; their heir army attacking our villages, raping women, using rape as a weapon of war, using child soldiers, forcing our men to work for then as slaves, destroying thousands of villages and displacing millions of people.  There are many other ethnic groups in Burma who suffer the same like [the] Keran.

Twice, I was forced to flee for my life. The first time was when I was 14. It was when the Burmese army soldiers attacked my village. I still remember. We were attacked with air bombs, airstrikes and mortar bombs. Each time the bombs dropped the ground, the ground would shake. As children, we were just so terrified and we were very worried. We didn’t know how we would survive, and we couldn’t survive in the village anymore. We had no choice but to flee for our lives. We were hiding in the Jungle before we reached Thailand. And finally, we ended up in a refugee camp in Thailand. Life in Thailand was difficult as refugees. It was more like a prison camp where we were put because we weren’t allowed to leave the camp and we got only basic supplies from NGOs. The second time I was attacked was when I was 17. It was when I was [doing] my final exams and studying. Suddenly there was mortar bombs. Again, we had to flee for our lives; we had no choice. I could hear children crying and all the people were screaming and everyone had to run for their lives. And again, we ended up in a refugee camp in Thailand. Even in [the] refugee camp in Thailand, we were chased and we were attacked by the Burmese army soldiers, crossing the border into Thailand. Life wasn’t safe for us. But I was very lucky when I was in [the] refugee camp. I got [a] scholarship and studied in Bangkok. And then I got a further scholarship and studied in the UK. Now I am based in the United Kingdom.

Many people talk about change in my country at the moment. Of course, there are some changes and these changes are welcome. This can be [a] positive development if the Burmese military-backed government is going in the right direction. But we are concerned. The people in Burma are cautious about the situation in our homeland.

The military-backed dictatorship released few military prisoners in January. At the same time. [they] have put efforts to sign some ceasefires with ethnic-armed political parties. These are welcome. But when you look at the details of these initiatives, there is not much difference in the situation in my homeland. And also, when you look at the situation on the ground, the human rights violations still continue. When we look at the release of some political prisoners, they are released conditionally with a code 401, that means they can be re-arrested at any time, and the repressive laws that put them in prison in the first place remain in place. One of the monk leaders who was released recently was re-arrested again and then released and then re-arrested again. That is because repressive laws that put them in jail remain in place. And the dictatorship didn’t acknowledge anything about these political activists; no compensation, no apology. And these political activists who have been released, they still [maintain] a criminal record, which means they can’t participate in the government sectors [and] [cannot] get a passport to travel around.

And while the dictatorship in Burma is releasing a few hundred political prisoners, they continue keeping hundreds of political prisoners in Burma. On top of that, they also keep arresting people. One of the democracy leaders, who was part of the Keran resistance movement, has been arrested and is being charged with unlawful associations and [the] immigration act. That is because he is a member of the Karen National Union, which is a pro-democracy resistance group belonging to the Karen ethnic [group] in Burma. So how can we say there is genuine change in Burma? While the military-backed government in Burma is allowing the National League for Democracy, which is [individual’s] party to register in the by-elections in the coming April, at the same time, there remain other laws that make it very difficult for other small parties, especially ethnic parties, to participate in the elections. And combined with other laws like security laws and censorship, it makes it very impossible for the by-elections in April to be free and fair.

And now, the dictatorship is talking about a ceasefire with armed political ethnic groups. We are very cautious about this because what they do is only talking about ceasefire talke; they are not engaging in any political dialogue. There is no political process, no political dialogue in Burma at the moment. We have seen from experience in the past many years, without political solutions,there can’t be peace, truth, justice, and national reconciliations in Burma. We know from experience that the dictatorship wants international legitimacy; they want sanctions to be lifted. They are releasing political prisoners, they are putting efforts to have ceasefire agreements and they are allowing the National League for Democracy to participate in the upcoming by-elections  because they want international sanctions to be lifted. It is not because they care about democracy, about human rights, and because it is the ‘right thing’. The Ethnic group Kachin in Northern Burma have made it very clear [that] in the past 17 years, they have had ceasefire agreements with the dictatorship [in] the hope that they would get political dialogue to solve the problem in Burma. This political dialogue [has] never come. Instead, it was the dictatorship that broke the ceasefire, attacking the Kachin independence army [and] areas, and committing human rights violations; raping women and killing civilians and numerous human rights violations. That’s why the Kachin are very insistent that we need political dialogue [like] other ethnic groups in Burma. But the dictatorship is not interested in dialogue, they just want to have fake cease-fires; at the same time sending more reinforcements into ethnic areas, continuing their human rights violations and showing the international community that they are changing.

Of course, we welcome some of the support that we receive from the international community to press for change in our own homeland by putting pressure on the dictatorship. There are some benchmarks put by governments, including the European Union, the US, Canada, Australia and others. Let me tell you, there are two main problems with these benchmarks. The first problem is that these benchmarks [do] not tackle the root of the problem; it only tackles the symptoms of the problem. For example, the release of some political prisoners. The repressive laws remain. And again, the ending of ethnic conflict by having ceasefires but there was no political dialogue so the human rights violations still remain. The second problem is [that] none of these benchmarks have been met and some of the European countries have already talked about releasing some sanctions and we are very concerned about this. We know what is going on in the discussions at the UN and at the European Union. That is why we are here to warn the international community not to release sanctions too soon as it [has] just started to work. I was in Burma two weeks ago. Of course I went back there, sneaked across the border secretly and I met refugees there and people who are in internally displaced areas who are hiding in the jungle, and people who are actively working for freedom in Burma. It was an inspiring trip for me to listen to what they had to say and to bring the message back. One of the main messages is to please tell the international community that the situation with us here has not changed. The Burmese army soldiers are still in our villages; we are afraid, we cannot go home yet. And it is true, Burmese soldiers were still in many other places when I went there. And in fact, human rights violations committed by the Burmese army soldiers have increased in the past year and the international community did not even take notice of this. They are just drowned by some of the small positive changes happening in the central part of Burma, in Yangon, in Naypyidaw, in other cities.

So, please, help the people of Burma. What the people of Burma want is a federal, democratic Burma where, regardless of race, ethnicity, and gender, everyone is equal and everyone is treated equally and enjoys our basic rights and freedoms; where we are allowed to learn our own language[s] freely, learn about our history, and practice our culture freely. I know you can help us and please continue to help us. Thank you. 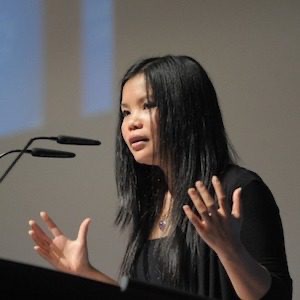 Leading activist for democracy in Burma 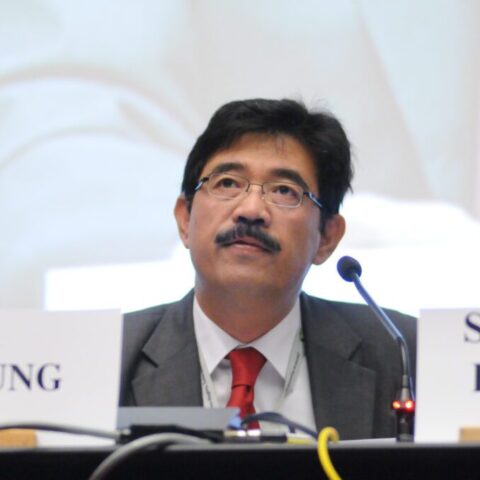 Soe Aung, a Burmese dissident activist campaigning for freedom in Burma, addresses the 1st Annual Geneva Summit for Human Rights and Democracy – see below for full prepared remarks.   Full remarks   Moderator, Ellen Bork: We turn now to Soe Aung, Burmese, dissident, and activist who was involved in the 1988 people’s 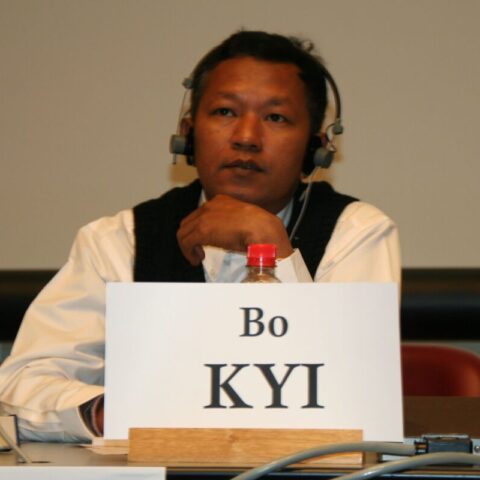