The Uyghur Crisis: A Global Problem with Nury Turkel

On China’s mass detention of Uyghurs:

“Since 2017, as many as three million Uyghurs have been detained in modern day concentration camps designed to ‘teach like a school, be managed like the military, and defended like a prison.'”

“The Uyghur crisis is a global problem.”

On China’s persecution of his parents:

“Twelve years ago, the Chinese authorities revoked my parents’ passports after one of my brothers planned to marry the daughter of high profile Uyghur dissident Rebiya Kadeer’s in the United States.”

“I haven’t seen my mother in 16 years, my father for about six years.”

“I was able to keep in touch with them until the summer of 2018. But today, we don’t have that right.”

“Every day I wonder what my parents are doing, how their health is, whether there’s anyone taking care of them.”

On exportation of China’s repressive tactics:

“What’s happening in my homeland is not being confined there. China’s tools of monitoring and surveillance are spreading across the globe, making it readily available for authoritarian governments to suppress populations that they find bothersome.”

Thank you very much. I count the invitation to speak here among the greatest honors I’ve received in my professional life. I’m especially honored to be speaking in the same forum as Jewher Ilham, who will speak later today. Her bravery continues to inspire me as she advocates not just for her imprisoned father, but on behalf of all Uyghurs.

I’m here today to tell you about crimes the Chinese government is committing against my people. The Uyghur people live primarily in East Turkistan, which the world knows as “Xinjiang Uyghur Autonomous Region.”

Since the second half of 2016, China’s repression of Uyghurs has intensified. Chen Quanguo, the Party secretary in Xinjiang has installed “grid-style” policing consisting of ubiquitous police checkpoints and pervasive surveillance. Since 2017, Chen has orchestrated the detention of as many as three million Uyghurs in the modern day concentration camps that he has designed to “teach like a school, be managed like the military, and be defended like a prison.” In Chen’s own words, the purpose of the camps is to “break [Uyghurs’] lineage, break their roots, break their connections, and break their origins.”

And the persecution goes far beyond the camps. Uyghur children are forcibly separated from their parents and sent to state institutions. Uyghur religious heritage is being completely eradicated with religious attire being banned and religious institutions destroyed. Many have begun to use the term “cultural genocide,” referring to the forced elimination of Uyghur identity.

Despite what China says, the journalists, academics, and advocates who have been exposing these abuses haven’t made this story up out of thin air.  No–they’ve been using evidence the Chinese government itself has left behind: satellite imagery, construction tenders, photographs from government websites, social media postings, and more.

Several high-profile document leaks in the final months of 2019 proved this even further by showing:

1. Evidence of China’s intent to back up what Uyghurs have been telling the world for more than two years.

2. The orders come from the very top. In one leaked speech, Xi Jinping gives orders to show “absolutely no mercy.”

3. Party insiders took a tremendous risk in leaking these documents. Whistleblowers have been punished with jail time.

4. The Chinese government methodically tried to hide what it was doing. It wrote an entire script to ensure that students knew missing family members would face even worse torture and misery if they were to complain.

5. China itself sees these camps as concentration camps. The documents use the word jizhong, meaning “concentration,” which shows that the Chinese Communist Party intended to round up individuals for collective punishment and transformation solely because of their race, ethnicity, and religion.

This is all deeply personal for me. About twelve years ago, the Chinese authorities revoked my parents’ passports after one of my brothers married Uyghur leader Rebiya Kadeer’s daughter in the United States. My parents have only ever seen three of their eight grandchildren.

I haven’t seen my mother in 16 years, my father since 6 years ago. Until 2018, I was able to keep in touch with them, though. Even though we knew we were being monitored, our ability to video chat and exchange photographs across borders helped us to feel a sense of normalcy.

But today, we don’t have that right, and our lives are not normal.

Every day I wonder what my parents are doing, how their health is, whether there’s anyone taking care of them. I wish I could talk to them, and also that my own son could have a chance to know them. I worry that my ailing parents may not leave this world in dignity–and, heartbreakingly, that I might not even know when they pass.

But there’s another element to this story that should worry all of you, and that’s China’s model for digital authoritarianism, which it has been perfecting in East Turkistan to export to the rest of China and the world. What’s happening in my homeland isn’t being confined there. China’s tools of monitoring and surveillance are spreading across the globe, ready for authoritarian governments to suppress populations they find bothersome.

The Uyghur crisis isa global problem, one that all of us in this room must solve alongside world leaders and global advocates for human rights and democracy.

What can you do to help? I’ll close by sharing just a few ideas on the governmental, multilateral, and individual levels:

Governments throughout the EU should:

1. Adopt Global Magnitsky sanctions to target actors who are involved or complicit in what likely constitute crimes against humanity;

2. Adopt export controls on tainted products, specifically those in which any part of the supply and labor chains are connected to textiles and cotton from East Turkistan; and
3. Adopt parliament mandates similar to the US Congress’s Uyghur policy act.

On the level of multilateral organizations, we should be working toward:

2) Gaining UN, WHO, and other outside access to the Uyghur region for investigation; &

3) Pressuring institutions such as the World Bank to immediately cease their controversial lending to the Xinjiang government.

But I’m sure some of you want to know what you can do as individuals, and here’s what I recommend:

1) Demand that your MPs and other political, religious, and civic leaders speak about these issues.

2) Write letters: for example, you can urge the Red Cross to take action to trace missing family members of Uyghurs; urge the International Olympic Committee to reconsider holding the 2022 Winter Olympics in China;

3) Use social media to share important news with your friends and family, as well as to join one of the many Uyghur-led campaigns on the web; &

4) Donate your time and/or money to a Uyghur-run organization. Whatever you choose to do, however you decide to respond, the time to act is now. No one can say they didn’t know. 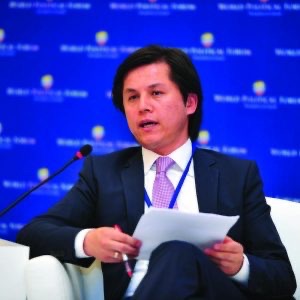 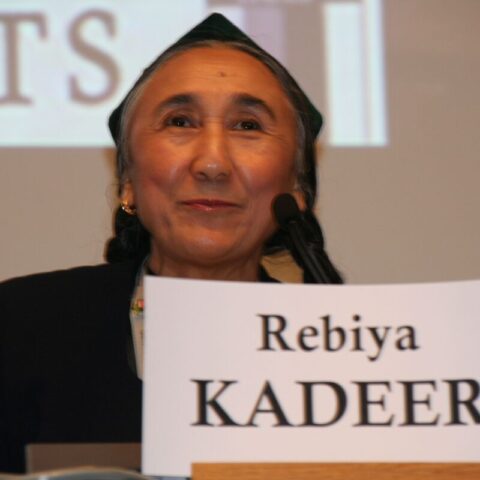 Rebiya Kadeer, is an advocate of greater autonomy for China’s Uyghur population and a human rights activist, addresses the 2nd Annual Geneva Summit for Human Rights and Democracy – see below for full prepared remarks.   Full remarks   Rebiya Kadeer: First of all, I would like to congratulate all the women for 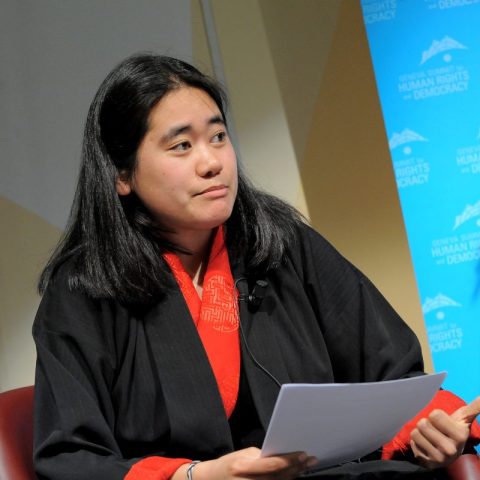 The Situation of Human Rights in China with Dechen Pemba

Dechen Pemba, a Tibetan dissident and founder of ‘High Peaks Pure Earth,’ a website that publishes English translations of Tibetan poems, songs, and other writings by Tibetans inside Tibet, addresses the 3rd Annual Geneva Summit for Human Rights and Democracy – see below for full prepared remarks.   Full remarks 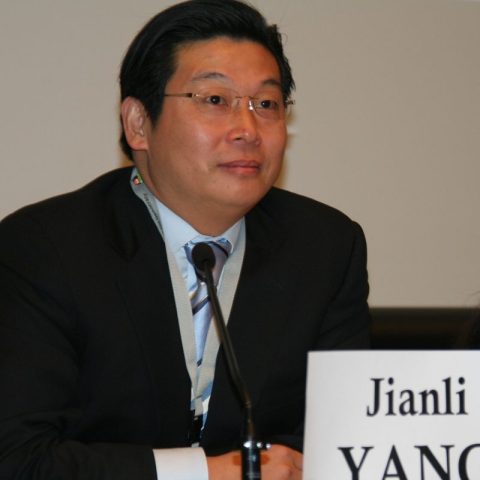 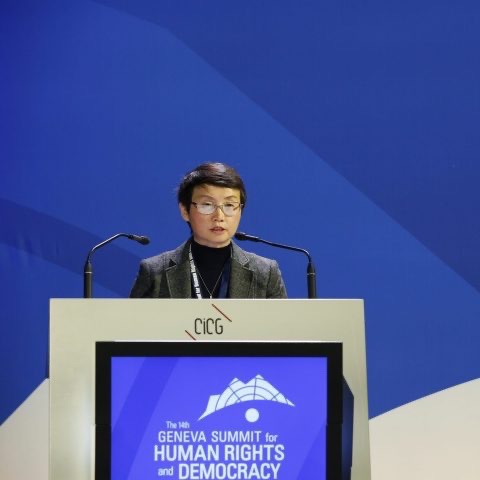 Losing My Husband to China with Sophie Luo

Wife of imprisoned Chinese human rights lawyer, Sophie Luo, speaks at the 14th Annual Geneva Summit for Human Rights and Democracy – see quotes below, followed by full prepared remarks. On the case of her husband, Ding Jiaxi: “I fell in love with Jiaxi the first time I met him. I’ll