Presentation of the 2022 Women’s Rights Award with Nazanin Boniadi

PrevExiled from Vietnam: The Fight for Freedom of Speech with Minh-Hoang Pham
2022 Women’s Rights Award with Zarifa Ghafari, Melissa MahtaniNext 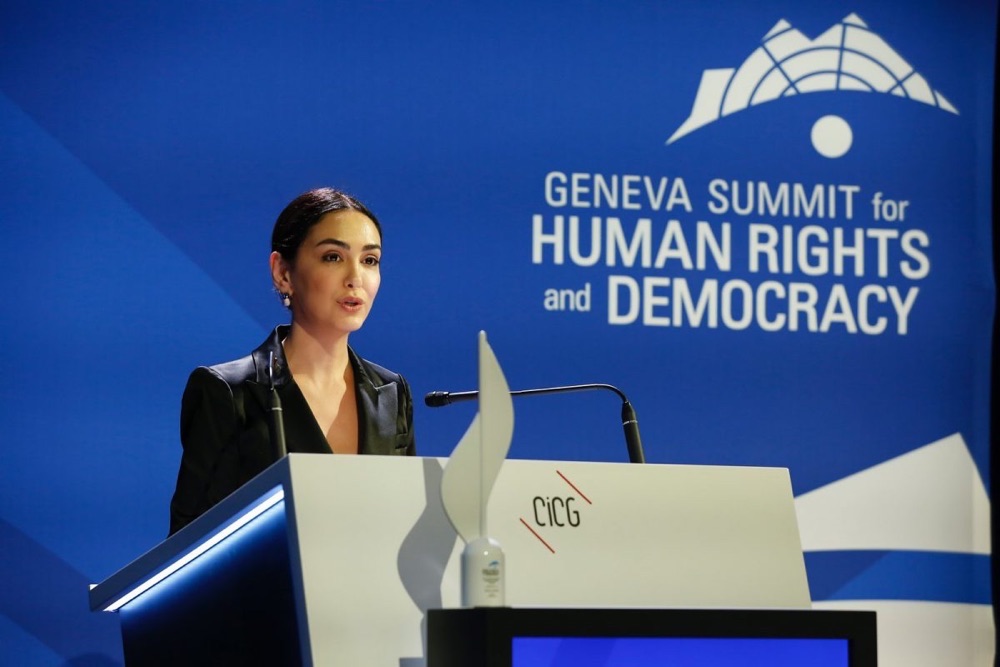 “I am honored to be here today, at the 2022 Geneva Summit for Human Rights and Democracy, to present the International Women’s Rights Award.”

“Ms. Ghafari—at age 26—was appointed mayor of Maidan Shar, becoming one of the only female mayors in Afghan history, and the youngest.”

I am honored to be here today, at the 2022 Geneva Summit for Human Rights and Democracy, to present the International Women’s Rights Award.

This year, the 25 human rights groups that co-sponsor the Geneva Summit have chosen to recognize the extraordinary accomplishments of Zarifa Ghafari.

In 2018, after successfully creating a women-focused radio station, Ms. Ghafari—at age 26—was appointed mayor of Maidan Shar, becoming one of the only female mayors in Afghan history, and the youngest.

All of this, however, in a province where support for the Taliban is widespread. When the new Mayor showed up to start work, she was mobbed by angry men, armed with stones and sticks. She was forced to flee, whisked away by Afghan security forces.

Yet despite death threats, Ms. Ghafari came back, defying her fundamentalist critics and their narrative that a woman is unfit to lead.

She then withstood a walkout by all of the male members of her office. In the face of this adversity, she demonstrated ability and courage in tackling her town’s problems.

She soon started implementing public works projects, such as road repairs, and successfully launched a “Clean City, Green City” campaign. She took to the streets with free rubbish bags, and reduced littering.

In a March 2021 interview, Ms. Ghafari said: “When I started my job, people would not accept a woman as a leader. They were ignoring me, laughing at me, and making challenges for me. After two years of work, what I am proud of is that the people of my city, and those who watch me daily, are believing in women’s power, women’s ability as leaders and to serve in high office.

Ms. Ghafari faced death threats from the Taliban and ISIL, and survived three assassination attempts. Tragically, gunmen killed her father in November 2020, and she believes it was the Taliban, trying to intimidate her.

In 2019, the BBC listed Zarif Ghafari among the 100 most inspiring and influential women in the world. In 2020, she was named by the U.S. State Department as an International Woman of Courage.

Indeed, Ms. Ghafari’s courage has inspired girls and women in her community and across the country. As a trail-blazer and door-opener for a new generation of young women, she helped empower the women of Afghanistan. She stands for the principle that women belong in the public square—in Afghanistan, and in every other country around the world.

When the Taliban took over the country in August, Zarifa was forced to flee, with her husband, mother, and five sisters. Via Islamabad and Istanbul, she reached Germany, where she received asylum, and from where she now fights for human rights in Afghanistan, and around the world.

On behalf of the Geneva Summit for Human Rights and Democracy, I am proud to present our 2022 Women’s Rights Award to Zarifa Ghafari. 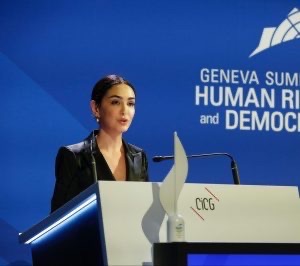 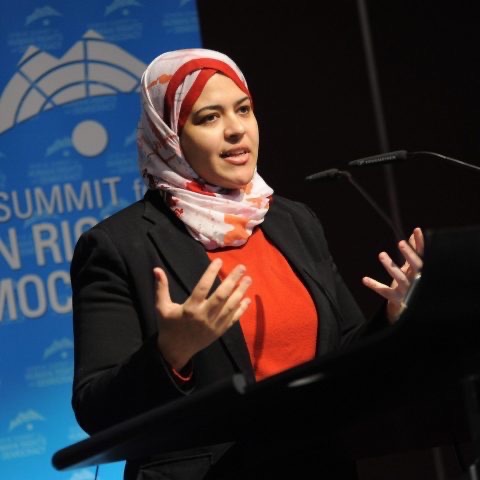 Women’s Rights and the Hope for Egypt with Dalia Ziada

Dalia Ziada, one of Egypt’s leading human rights activists and Executive Director of the Center for Middle East and East Mediterranean Studies, addresses the 6th Annual Geneva Summit for Human Rights and Democracy – see quotes below, followed by full prepared remarks. Quotes: To Be Confirmed Full Remarks To Be Confirmed 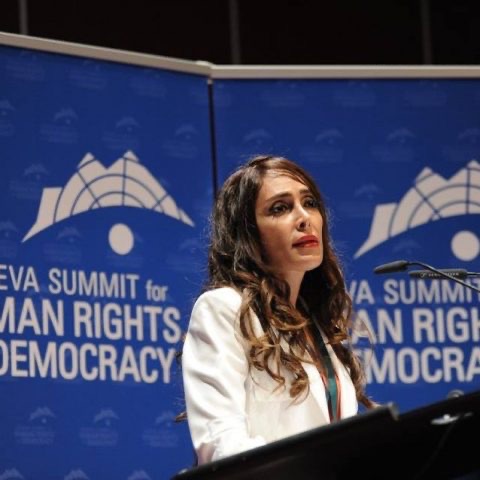 Darya Safai, Iranian women’s rights campaigner and founder of Let Iranian Women Enter Their Stadiums, addresses the 8th Annual Geneva Summit for Human Rights and Democracy – see quotes below, followed by full prepared remarks. On growing up in Iran: “I grew up in the religious dictatorship of the Islamic Republic 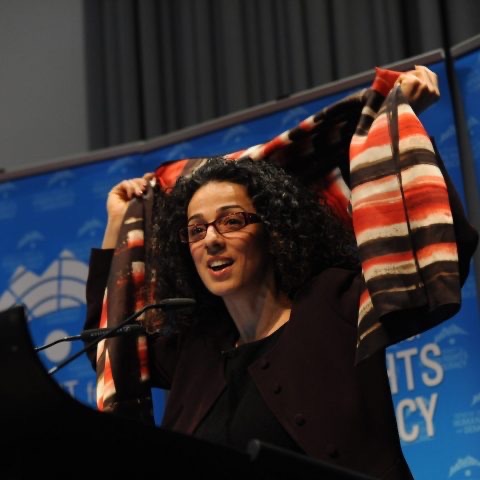 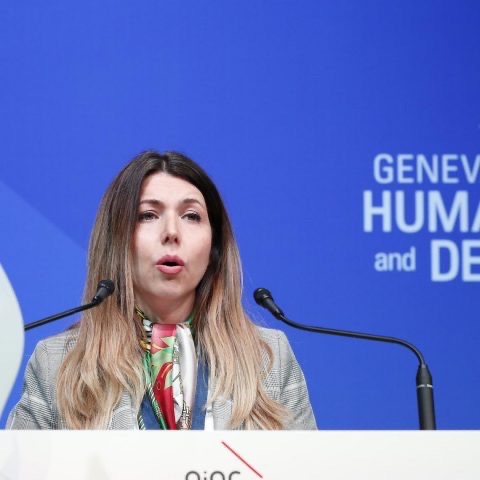 Trailblazer: Jailed for Showing her Hair with Shaparak Shajarizadeh

Shaparak Shajarizadeh, who became a leader in the “Girls of Revolution Street” and White Wednesday civil disobedience movements in Iran and who was famously arrested in February 2018 for removing her headscarf in defiance of Iran’s compulsory hijab laws, receives the Women’s Rights Award and addresses the 12th Annual Geneva

PrevExiled from Vietnam: The Fight for Freedom of Speech with Minh-Hoang Pham
2022 Women’s Rights Award with Zarifa Ghafari, Melissa MahtaniNext