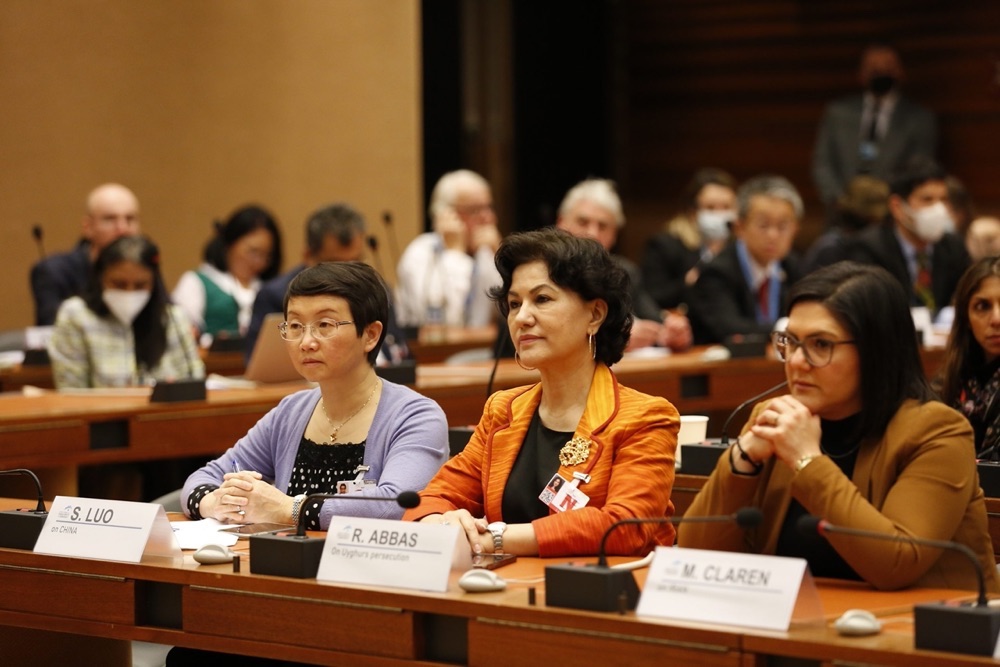 On the 5th of April 2022 the 14th Geneva Summit for Human Rights and Democracy formally began at the United Nations opening event, hosted at the Palais des Nations in Geneva and attended by leading diplomats from around the world.

Photos and Videos can be found below:

To read full individual testimony, see below for bios and links to opening speeches:

Bobi Wine, Leader of the opposition National Unity Platform in Uganda, calling for an end to the West’s aid of President Yoweri Museveni’s government who continues to torture the country’s dissidents and critics. See here.

Enes Kanter Freedom, Turkish NBA player and activist currently risking his career to speak out against China’s persecution of the Uyghurs, and winner of the Geneva Summit 2022 Courage Award. See here.

Zarifa Ghafari, Afghanistan’s youngest-ever female mayor and survivor of three Taliban assasination attempts, who escaped Afghanistan in 2021 by hiding in the footwell of a car on her journey to the Kabul airport. See here.

Areej al-Sadhan, Sister of Abdulrahman al-Sadhan, a humanitarian aid worker who was kidnapped in Riyadh by Saudi authorities during a mass crackdown on human right activists in 2018 for posting satirical tweets about the regime. See here.

Leonid Volkov, chief of staff to imprisoned opposition leader Alexei Navalny, who ran Navalny’s campaigns for Mayor of Moscow in 2012 and his bid to get onto the presidential ballot in 2018. See here.

Prev“Our Humanity Is At Stake”: A Uyghur Advocate on Why the West Must Learn to Make Sacrifices
Exposing China’s LiesNext