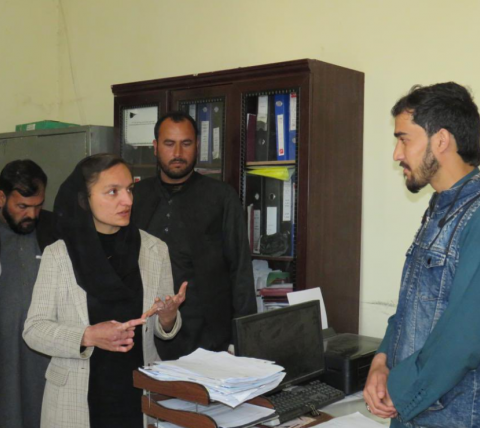 The Geneva Summit announces today that its prestigious women’s rights award will go this year to Zarifa Ghafari, Afghanistan’s youngest female mayor and a survivor of three Taliban assassination attempts.

Ghafari will receive the Geneva Summit 2022 International Women’s Rights Award at a ceremony on Wednesday, April 6th, where she will address UN diplomats, human rights activists and journalists from around the world attending the 14th annual event.

Ghafari was chosen for her “fearless defence of women’s rights in Afghanistan, a cause for which she sacrificed a great deal, and for being an inspiring example for women and girls around the world,” said Hillel Neuer, executive director of United Nations Watch, a co-organizer of the conference along with Liberal International, Human Rights Foundation, and over 20 other human rights groups.

“It is an honor to receive this award on behalf of the unspoken people in Afghanistan, the brave women who sacrificed their lives always for the welfare of the country. The women who are unable to leave their homes, not able to work, who are not able to speak out,” Ghafari said.

“Using this platform I want to spread a message of unity, love and peace to everyone, to the Taliban, to the people and to those who really care about Afghanistan. I want to say please, let’s work together, men and women, so we can have a bright today and future,” she continued.

Ghafari was appointed mayor of Maidan Shahr, a city in conservative Taliban territory, in July 2018. Protests and death threats due to her age and gender–she was just 26–delayed her taking up the post but were ultimately unable to dampen her desire to take office.

After assuming her duties she was targeted by the Taliban and IS, surviving three assassination attempts. Her father was killed by Taliban gunmen in retaliation at her refusal to step aside.

As the Taliban swept to power in mid-August, fighters arrived at Ghafari’s home searching for her. She was forced to flee into exile in Germany, describing the moment as “more painful than losing my dad.” She has since bravely returned to Afghanistan to coordinate humanitarian aid efforts.

Ghafari will join other courageous champions of human rights from around the world at this year’s Geneva Summit, including dissidents, activists, victims, and relatives of political prisoners from Cuba, Russia, China, Saudi Arabia and Nicaragua, who will testify on the human rights situation in their countries.

The global gathering is acclaimed as a one-stop opportunity to hear from and meet front-line human rights advocates, many of whom have personally suffered imprisonment and torture. “It’s a focal point for dissidents worldwide,” said Neuer.

The annual conference will be held on the heels of the U.N. Human Rights Council’s main annual session, which includes China, Cuba and Russia as members.

Videos of past speaker testimonies are available at the Geneva Summit’s YouTube channel.

Other Summit speakers include: 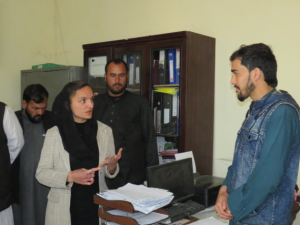