PrevDo Human Rights Matter? with Alfred Moses
A Day in the Life of Venezuela’s Diaspora with María-Alejandra Aristeguieta-ÁlvarezNext 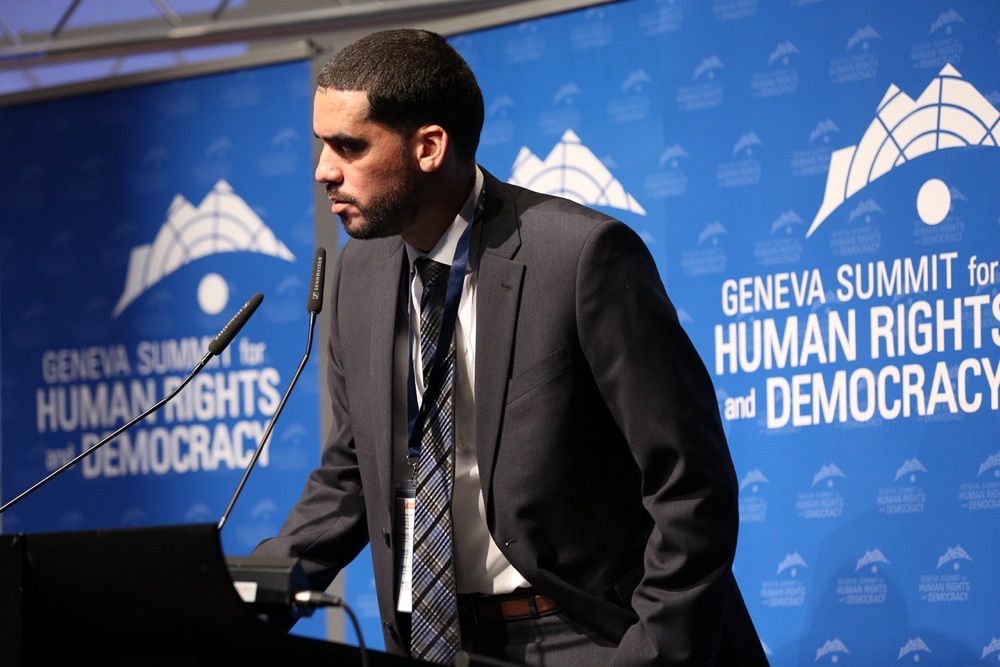 On persecution in Cuba:

“I have been a victim of many arbitrary detentions, searches, confiscations of my art material and abductions. Why? Just because I wanted to carry out my art, or try to do so.“

“I went back to my house, I was attacked, I was abducted, I was beaten, and the police dragged me out. I was put in a cell in the detention centre for a month. I was put in only with my underwear for the weekend so that I wouldn’t be able to celebrate Human Rights Day.”

“I was put in prison again by the government because I was celebrating and I wasn’t crying when Fidel Castro died. I put graffiti on the wall of a hotel that said ‘Se fue,’ ‘He’s gone’.”

“It would seem that I was the only one who wanted to celebrate the arrival of divine justice.”

On taking action: “We have to cast light on the judicial process in Cuba so that the dictators are held accountable because we have to make sure that more will be taken prisoner in the future.”

My name is Danilo Maldonado, I am an artist and champion of human rights in Cuba.

I have been a victim of many arbitrary detentions, searches, confiscations of my art material, and abductions. Why? Simply because I wanted to carry out my art, or even attempted to do so.

The second to the last time I was in prison it happened because I wanted to carry out a performance in the centre of the capital, Havana. It was called ‘Rebelión en la granja [Animal Farm] in Memoria’. It was a performance where I let two pigs painted green run loose. They had the names “Raúl” and “Fidel” painted on their sides, so they would run through the city trying to escape the people who were running after them trying to eat them.

This work of art cost me 10 months in prison and before I could even make it a reality because I was caught with the pigs before I was able to let them go.

I only spent 10 months in jail that time thanks to the pressure put on the authorities by social networks, international institutions and NGOs, and self-imposed hunger strikes. Just one year later I was put in prison again by the government because I was celebrating, instead of crying when Fidel Castro died and I graffitied on the wall of a hotel with ‘Se fue’ [He’s gone]. I wrote it on the hotel where the delinquents in power set up shop when they came to the capital, never holding elections and maintaining their grip on power by the barrel of a gun for almost 60 years.

It’s very strange but that’s the answer to the question that I always received when journalists asked me about Cuba. ‘What will happen when the dictator Fidel dies?’ You could smell the fear and the panic in the streets in the midst of the silence and the loneliness. It would seem that I was the only one who wanted to celebrate the arrival of divine justice. A justice that didn’t know how nor could reach the people through the courts.

When I went back to my house, I was attacked, beaten, and abducted as the police dragged me out. I was put through six detention centers and prisons in one month. I was put in solitary confinement and only allowed my underwear for the weekend of the 10th of December so that I wouldn’t be able to celebrate Human Rights Day.

I was transferred to a higher security prison known as El Combinado del Este and when I got there I was beaten by three officials who stripped me of my personal clothing and my belongings. They made me wear a special uniform, and if I didn’t do that, they wouldn’t let me see my mother and my girlfriend. They would not allow me the right to see my lawyer. My volunteer lawyer, Kimberley Motley, was taken prisoner and was expelled from Cuba even though she’s not a Cuban citizen.

I was not allowed to see my girlfriend because they told me that she wasn’t my wife. They threatened to shoot me. They put me in horrible places, squeezed in with 36 people in a room that was 6M x 4M. But, thanks to the outcry by my mother, my friends, my girlfriend, my lawyer, and international human rights groups I was eventually released without any charges.

Unfortunately, this disgrace is a common event in my country. So I’ve come here today not only to denounce my past situation but also the situation that others find themselves in now like my friends Eduardo Cardet, Jacqueline Heredia, Julio Ferrer, Yosvany Sánchez Valenciano, and many others. If we do not call attention to a legal process against this dictatorship then we have achieved nothing getting me and my friends free so long as this dictator can remain imprisoning others in the future. 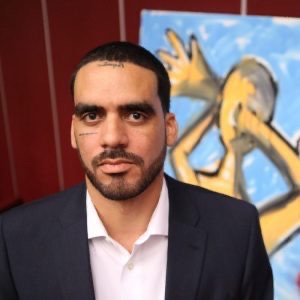 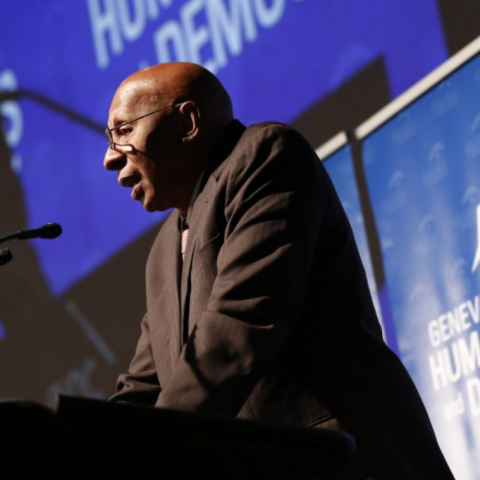 Cuban Psychologist and journalist, Guillermo Fariñas Hernández, who has endured 23 hunger strikes and 11 years in prison for his defiance of the Cuban regime, addresses the 10th Annual Geneva Summit for Human Rights and Democracy – see quotes below, followed by full prepared remarks. On lack of democracy in Cuba:

Now Is The Time: Reforming Cuba with Manuel Cuesta

Manuel Cuesta, a Cuban historian, political activist and founder of the Progressive Arch, a forum bringing together diverse organisations militating for change in communist Cuba, addresses the 7th Annual Geneva Summit for Human Rights and Democracy – see quotes below, followed by full prepared remarks. Quotes: To Be Confirmed Full Remarks To Be

PrevDo Human Rights Matter? with Alfred Moses
A Day in the Life of Venezuela’s Diaspora with María-Alejandra Aristeguieta-ÁlvarezNext