The announcement was made on Friday 8 March, in celebration of International Women’s Day.

Representatives from the summit said they were “thrilled” to reveal Ali would receive the International Women’s Rights Award when the ceremony takes place on 26 March.

The Somali activist was chosen as this year’s recipient of the accolade for “giving a voice to girls and women at risk of genital mutilation and protecting their physical, sexual, and reproductive health rights,” said Hillel Neuer, executive director of United Nations Watch and co-organiser of the conference.

In 2010, Ali co-founded Daughters of Eve, a non-profit organisation that works to protect girls and young women at risk of FGM.

Ali was subjected to the procedure at the age of seven while on holiday with her family in Djibouti, north-east Africa.

A few years later, she had to undergo reconstructive surgery after being rushed to hospital with kidney failure.

“Ending FGM is a tangible reality now, thanks to so much of the work which has been led by African women,” Ali said.

“I accept this award in the honour of those amazing women who came before me and who set the foundation upon which I can today build a future for 70 million girls to be free of FGM.”

According to Daughters of Eve, approximately three million girls across the globe undergo FGM every year.

It’s estimated that around 23,000 girls in the UK are illegally cut on an annual basis.

“Congratulations, Nimco! You deserve a hundred awards for all your tireless work on FGM,” another person added.

Several people have been congratulating Ali on her upcoming award.

On the same day Ali’s accolade was announced, the first person ever convicted for FGM in the UK was given an 11-year jail sentence.

The Ugandan mother was found guilty of cutting her three-year-old daughter, who is now in foster care.

Ali responded on Twitter to the news of the woman’s sentence, writing, “In light of today’s sentence, please let’s remember a child was failed and I would do anything for her to have been saved from #FGM. We need better protection for girls.” 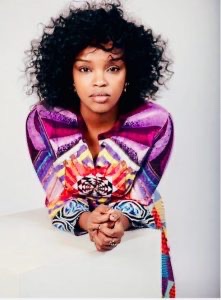 GENEVA, March 8, 2019 – An international coalition of 25 human rights organizations announced on International Women’s Day that one of the world’s most prestigious international women’s rights awards will go this year to Nimco Ali, a leading advocate for the global eradication of female genital mutilation (FGM). The Somali activist is co-founder and director of

PrevTomorrow: Dissidents Meet at UN For Shadow Rights Summit
Dissidents Gather at the United Nations for Opening Session of the 2019 Geneva SummitNext