GENEVA, March 8, 2019 – An international coalition of 25 human rights organizations announced on International Women’s Day that one of the world’s most prestigious international women’s rights awards will go this year to Nimco Ali, a leading advocate for the global eradication of female genital mutilation (FGM).

The Somali activist is co-founder and director of Daughters of Eve, a survivor-led organization that has helped transform the approach to ending FGM by offering holistic support to survivors of the practice.

She will receive the 2019 Geneva Summit’s International Women’s Rights Award at a major ceremony to take place on Tuesday, March 26, 2019, where she will address UN diplomats, along with human rights activists and journalists from around the world attending the 11th annual Geneva Summit for Human Rights and Democracy.

Before an estimated crowd of 800 attendees, Ali will turn an international spotlight on the plight of women and girls at risk for FGM, and on the importance of supporting more than 200 million women globally who have undergone the practice.

“Ending FGM is a tangible reality now, thanks to so much of the work which has been led by African women. I accept this award in the honor of those amazing women who came before me and who set the foundation upon which I can today build a future for 70 million girls to be free of FGM,” said Ali, herself a survivor of FGM.

Ali was chosen for “giving a voice to girls and women at risk of genital mutilation and protecting their physical, mental, sexual, and reproductive health rights,” said Hillel Neuer, the executive director of United Natinos Watch, a co-organizer of the conference together with Liberal International, Human Rights Foundation, and more than 20 other human rights groups.

Previous laureates of the International Women’s Rights Award include Congolese activist Julienne Lusenge, who combats rape as a weapon of war; Vian Dakhil, the only female Yazidi member of the Iraqi Parliament; and Masih Alinejad, journalist and campaigner against Iran’s forced hijab law.

Ali will join some of the world’s most courageous champions of human rights at this year’s Geneva Summit, including dissidents, activists, victims, and relatives of political prisoners from Cuba, Saudi Arabia, Burundi, Turkey, Tibet, Venezuela, and Vietnam, who will be testifying on the human rights situation in their countries.

The annual conference will be held on the heels of the UN Human Rights Council’s main annual session to showcase the voices of the world’s true human rights defenders.

The global gathering is acclaimed as a one-stop opportunity to hear from and meet front-line human rights advocates, many of whom have personally suffered imprisonment and torture. Subjects on the program this year include discrimination against women, jailing of journalists, arbitrary detention, Internet freedom, religious intolerance, and the persecution of human rights defenders.

Admission to this year’s March 26 summit is free and open to the public, but registration is mandatory. The conference will also be available via live webcast. 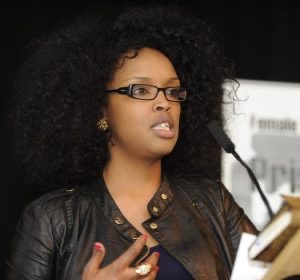