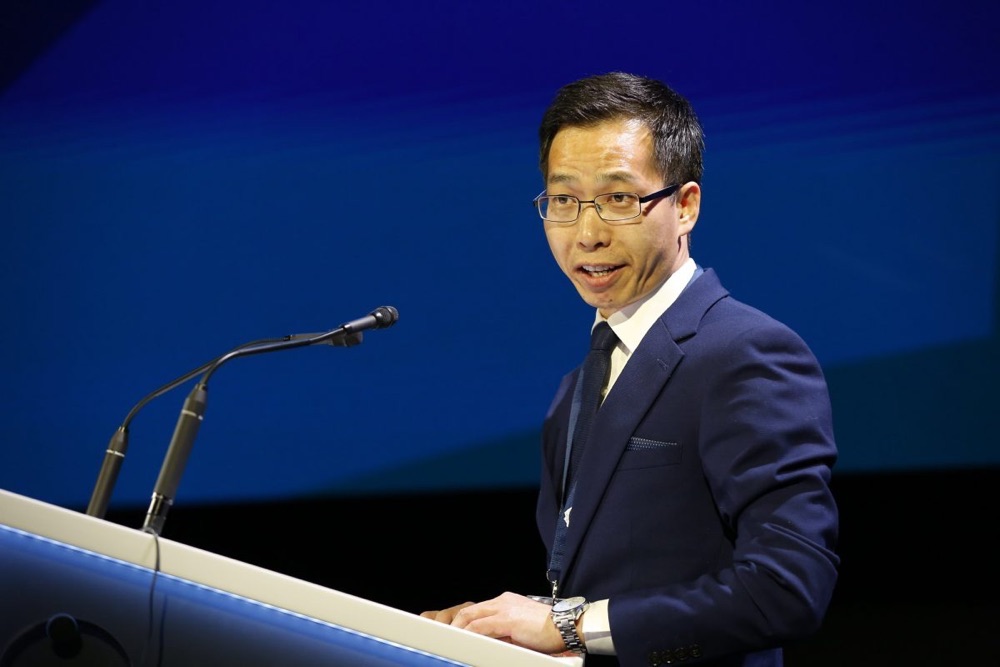 On growing up in North Korea:

“I was born into a beautiful family in North Korea. My parents were high school teachers. I spent my days playing outside, swimming in the river with other kids, and watching TV”

“Until one day, I returned home and was frozen with fear. Both my parents were gone. They’d escaped to China to save their own lives. I was alone–and just 9 years old”

On imprisonment in North Korea:

“We didn’t have enough space to lie down, so we slept sitting upright, leaning on each others backs. The next morning when I woke up, I realized that the man I was leaning against was dead.”

“I still have nightmares where I hear my fellow inmates screaming and begging to live.”

A call to action:

“Now it’s time to bring a democratic rule of law to North Korea.”

A journalist once asked me – ‘what does UK life mean to you, Timothy?’ Many words crossed my mind at that moment. My answer was since I escaped North Korea – ‘the 13 yrs of my life in democracy, I discovered who I am, what I love and care about, and what I stand for: faith, expression, speech and opportunity.’

I was born into a beautiful family in North Korea. My parents were high school teachers. I spent my days playing outside, swimming in the river with other kids, and watching TV. Until one day, I returned home and was frozen with fear. Both my parents were gone. They’d escaped to China to save their own lives. I was alone – and just 9 years old.

I befriended other homeless kids and they became my brothers and sisters. We slept at the railway station, on train containers, and on the streets. One time I took a four hour train ride to my uncle’s house and I saw steamy cornbread and soup on the dining table. I felt so relieved knowing I could eat something. But they didn’t offer me any food even though I was family. That’s how bad food shortages were in North Korea in the 90s – you didn’t share even with your closest relatives. I left his house in tears.

My grandmother was kind enough to take me in as a teenager and she taught me to grow food – but I couldn’t go to school or get a job because I was labeled “The Son of a Betrayer.” My last hope for a normal life was to join the army – but they wouldn’t even let me do that.

I was 17 years old, and my survival instincts told me I needed to escape to China. Running away from my beloved homeland, friends, and memories left me feeling sad and in tears.

But crossing the border was a moment of awakening. There were lights everywhere, an abundance of food, and many different kinds of clothes for young people to wear, things I had never seen in North Korea.

A Christian missionary approached me and offered me a place to stay. But when I entered his house, the first things I saw were a Bible and a cross. That terrified me. I thought he was going to kidnap me and sell me into slavery – because that’s what we were taught about Christians growing up. So I ran away, not realizing that the man was truly trying to help me.

I joined a group of North Koreans traveling North to Mongolia. Just when we thought we’d made it & we were safe, the Chinese authorities arrested us and sent us back to North Korea.

I was thrown into a small prison cell with 50 people. We didn’t have enough space to lie down, so we slept sitting upright, leaning on each others backs. The next morning when I woke up, I realized that the man I was leaning against was dead. He died from torture, a lack of medical care and starvation – we were given two-scoops of noodle soup each day. His body was dragged out of the cell like a dead animal. I still have nightmares where I hear my fellow inmates screaming and begging to live. I thought I was going to be killed like him.

But miraculously, I was released from jail. And I knew then that I had to go back to China. This time I went with a group. Once we made it to Shanghai, we climbed over the wall of an American School and asked the Principle to help us. But he didn’t. They arrested 9 people in my group and sent to Shanghai international prison.

I knew if they sent me back to North Korea, I’d die in prison or be executed in public. I decided I’d rather die by my own hand so I swallowed as many sleeping pills as I could get. But instead of killing me, those sleeping pills gave me very good nights’ sleep.

I shared a prison cell with 7 international inmates and one of them was a South Korean gangster. He was a strange guy and after I told him about my situation, he suggested that I read the Bible and pray to God for my survival. I’d never prayed before so I asked him what to do, and he said, ‘just say ‘amen’ at the end of your wishes.’

I didn’t even know who God was or even if he existed. But where else could I turn in that coldest, darkest, terrifying prison cell?

After two months of praying every day, two men visited me in the prison. They told me that one of the students in Shanghai had taken a photo during our arrest and shared it with a journalist. The BBC, the Washington Post, and dozens of news organizations reported on it. And now, China faced international pressure not to send us back to North Korea.

When we left, one of the prisoners said, ‘we’re seeing a miracle happen in front of our eyes.’ We flew to the Philippines, South Korea, and later to Britain. It was my first time on an airplane and I got to fly first class!

Now that I live in the UK, I spend a lot of time thinking about the kindness of these strangers – the North Korean men & women who shared their food with me as a homeless child, my grandmother who took me in, the Christian Missionary who offered me a place to stay, the student in Shanghai who took a photo of us & sent it to journalists, the South Korean gangster, and the diplomats who got me out of prison. It shows how much power YOU have, as someone who lives outside North Korea, to help our people.

77 years ago, Dietrich Bonhoeffer stood against Hitler’s persecution for millions of people and he urged us: “Silence in the face of evil is itself evil; God will not hold us guiltless. Not to speak is to speak. Not to act is to act.”

And that’s what I challenge you to do today — to speak and to act on behalf of the millions of people like me still in North Korea. After 74 years of totalitarian rule, they never succeeded in destroying our hopes & dreams. Now it’s time to bring a democratic rule of law to North Korea that values our human rights, freedom, expression, opportunity, and justice.

God bless you all. 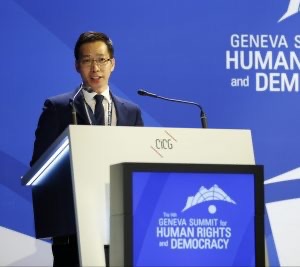 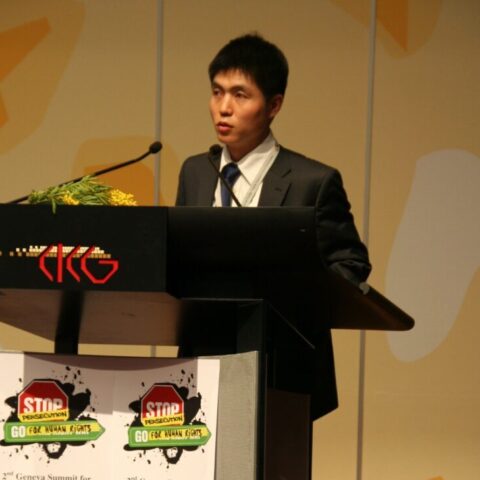 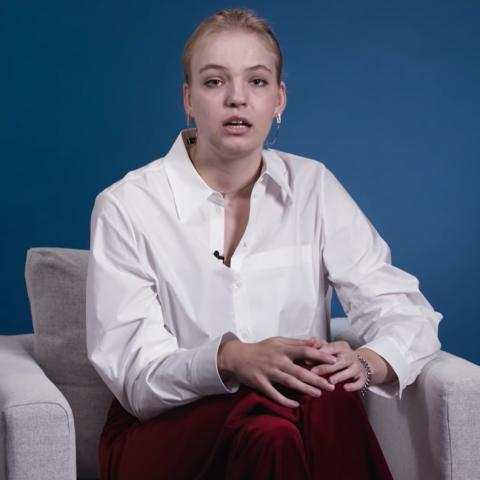 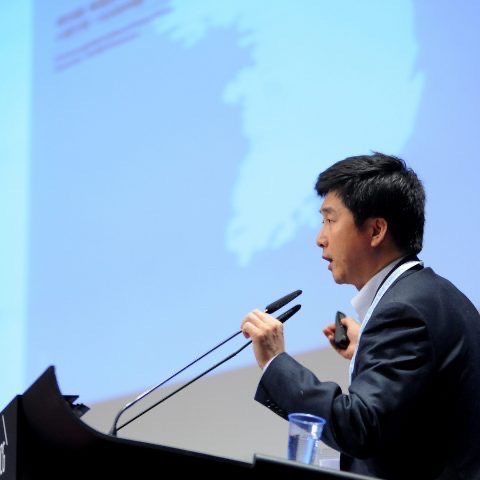 Crimes Against Humanity: Slavery, Genocide and Concentration Camps – In Our Own Time? with Kang Chol-hwan 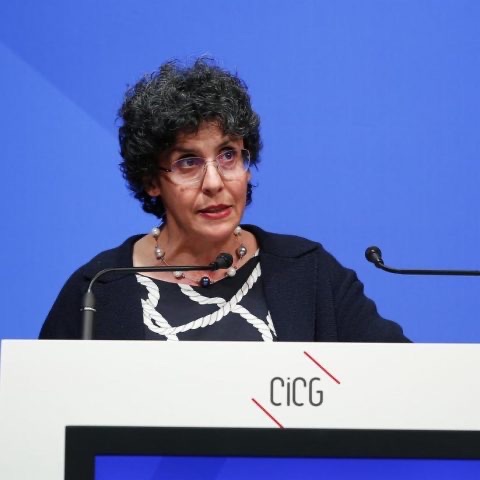 Speaking out for Raif Badawi with Elham Manea

Dr. Elham Manea, Yemeni-Swiss political scientist, writer and human rights activist who focuses on the Arab Middle East, addresses the 12th Annual Geneva Summit for Human Rights and Democracy — see quotes below, followed by full prepared remarks. On reforms in Saudi Arabia: “It is staggering that while these winds